December 19, 2013 (JUBA) – South Sudan president Salva Kiir has vowed to prevent the escalating violence in the country from developing in to a civil war. Infighting within the army’s presidential guard began on Sunday evening and has since spread from the capital, Juba, to Unity and Jonglei state.

“Unless there are people working to bring down South Sudan, there will never be a civil war. The government is committed to ensure peace prevails so that our people continue to live side by side as one people. Our diversity 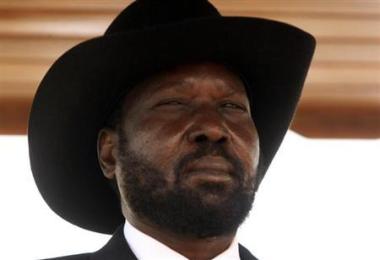 should be our strength and it should not be used,” Ateny Wek Ateny, spokesperson for South Sudan President Salva Kiir Mayardit told Sudan Tribune on Thursday.

Ateny categorically denied reports that the crackdown was singling out individuals based on their ethnic backgrounds. The government is only hunting those that are alleged to have been part of plot to depose Kiir.

The South Sudanese army (SPLA) spokesperson said on Thursday that fighting in the capital Juba has resulted in the deaths 450 people, including around 100 soldiers.

“There has never been a question of an ethnic cleansing operation. The hunt was only for the coup plotters who come from different states of South Sudan. Why the democratically government would targets its own citizens?” said Ateny.