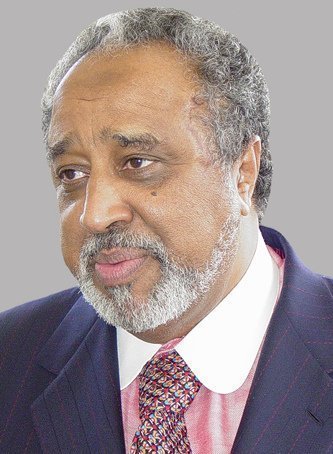 The plants will add to the $351 million facility al-Amoudi’s MIDROC Derba Cement opened in December 2011, the 67-year-old investor said in an interview today in the capital, Addis Ababa. Derba Group, an amalgam of three Ethiopian companies owned by al-Amoudi, plans to invest $3.4 billion in Ethiopia over the next 5 years, the company said in March 2012.

“Africa’s opportunity lies in involvement of private sector working with stable and responsible government like Ethiopia,” al-Amoudi said in a speech at the African High-Growth Markets Summit in Addis Ababa. Continuing improvements in the business climate will probably to lead to a “great” increase in investment, he said, without elaborating.

Ethiopian-born Al-Amoudi ranks as the world’s 134th richest person, with a net worth estimated at $8.7 billion, according to the Bloomberg Billionaires Index. He is the second-richest person in Saudi Arabia, after Prince Alwaleed bin Talal. Ethiopia’s economy is projected to expand 7.5 percent next year, compared with an estimated 7 percent this year, the International Monetary Fund said in its World Economic Outlook in October.

Three farming companies owned by al-Amoudi developed 6,200 hectares (15,321 acres) of land in Ethiopia, al-Amoudi said. Elfora Agro-Industries, Horizon Plantations Ethiopia and Saudi Star Agricultural Development will have prepared an additional 160,000 hectares in the next 2 1/2 to 3 years.

“We are focusing on agriculture and industry,” he said.

Saudi Star, a Derba company, has been unable to finance the completion of an irrigation canal at its 10,000-hectare rice project in the western Gambella region, the company said last month.

“There were certain problems which we are trying to solve,” al-Amoudi said. “Now we are getting in deeply and I’m going to follow it up myself.”

Al-Amoudi also announced that an “agreement has been reached” with London-based Hikma Pharmaceuticals Plc (HIK) to produce drugs in Ethiopia for the domestic market and export to Africa. He didn’t provide further details.