Human Rights Watch appears to be short of unequivocal stance 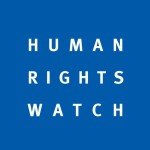 Although HRW is aware about the availability of plenty of video evidences on the brutal crackdown on Ethiopians, it has adopted a position that “Human Rights Watch cannot confirm the authenticity of these videos, though the incidents they purport to show largely match the witness accounts.”
HRW seem to be short of unequivocal stand on human rights violations which involved loss of lives of Ethiopian migrants.

On the other hand, Joe Stork, Middle East Deputy Director is quoted as saying that “Saudi authorities have spent months branding foreign workers as criminals in the media, and stirring up anti-migrant sentiment to justify the labor crackdown”

HRW called for “investigation” of attacks on Ethiopian migrants. As well, it called for Saudi and Ethiopian government to facilitate repatriation of migrants who have no fear going back to Ethiopia.