Pressure builds on officials to take heat for IRS scandal 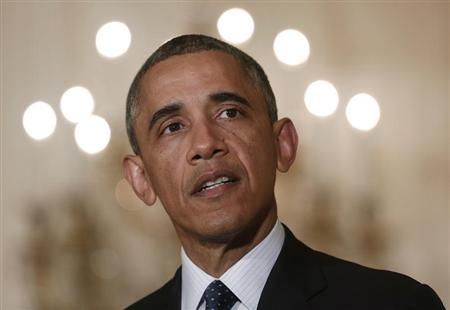 By Kim Dixon and Patrick Temple-West

May 20,2013 (Reuters) – Pressure was building on Monday for the Obama administration to fire more people linked to the Internal Revenue Service’s extra scrutiny of conservative groups, possibly including another top IRS official.

More than a week after a mid-level IRS employee apologized publicly for IRS agents’ use of terms such as “Tea Party” and “patriots” to target groups’ applications for tax-exempt status, Congress was preparing for two days of hearings on the matter.

Lois Lerner, chief of the IRS tax-exempt unit, was scheduled to testify on Wednesday to a Republican-controlled investigative committee of the House of Representatives, along with other officials. Lerner’s apology for the IRS targeting on May 10 at a legal conference in Washington set off the furor.

President Barack Obama fired acting IRS Commissioner Steven Miller on Wednesday. Some lawmakers, both Democrats and Republicans, are calling for Lerner to go next, as the scandal continues to unfold, distracting Obama from his second-term legislative agenda.

U.S. Representative Sander Levin called for Lerner’s resignation on Friday, saying she had recently testified to a House subcommittee and failed to disclose what she knew about the targeting. “This is wholly unacceptable,” he said.

Levin is the top Democrat on the House Ways and Means Committee, which writes tax law and oversees the IRS.

Republican Vern Buchanan, another member of the panel, last week called for Lerner to be dismissed.

Joseph Grant, acting commissioner for the IRS tax-exempt and government entities division and Lerner’s boss, said last week that he will retire.

“I don’t see how Lois makes it. It’s saddening to me,” said Philip Hackney, assistant law professor at Louisiana State University who worked until 2011 at the IRS with Lerner. “She is nonpartisan; I say that with great confidence.”

A woman who answered the phone at the IRS exempt organizations division last week said Lerner was on leave.

She canceled an appearance on Saturday at the Western New England University School of Law.

On Tuesday, George, Miller and Shulman were set to testify before the Democrat-controlled Senate Finance Committee.

As the IRS scandal as widened, Republicans have focused on what officials knew about the targeting and when they knew it. George’s watchdog group, known as TIGTA, last week called the targeting inappropriate in an investigative report.

The report showed that the targeting got under way in mid-2010. In 2011, Lerner was told about how the practice was being handled at a Cincinnati field office. She halted the use of the controversial key words, but lower-level employees by January 2012 had resumed using them.

The TIGTA report found no evidence of political motivation for the targeting or of any White House involvement.

Still, at the first congressional hearing on the matter last Friday, Republicans made clear they are looking beyond the IRS.

“This appears to be just the latest example of a culture of cover-ups and political intimidation in this administration,” Republican House Ways and Means Chairman Dave Camp said on Friday.

Baucus and Hatch also asked for documentation of any disciplinary action taken, and whether some lawmakers’ calls for the IRS to crack down on tax-exempt groups played any role.