Three new reports predict ‘catastrophe’ for half a million tribal people such as the Mursi of Ethiopia’s Lower Omo Valley. 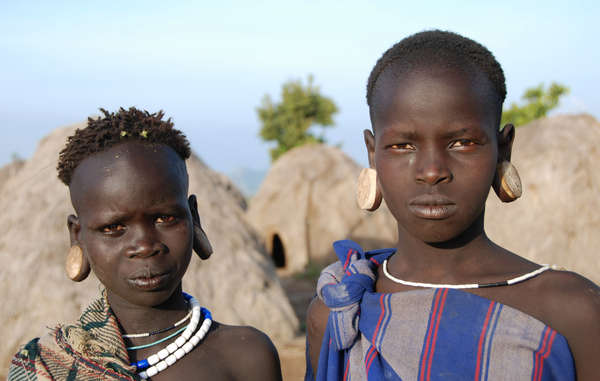 Half a million tribal people in Ethiopia and Kenya stand to be overwhelmed by these projects, whose immediate suspension Survival International has demanded.

– Lake Turkana and the Lower Omo – Hydrological Impacts of Major Dam and Irrigation Projects published by the Africa Studies Centre at Oxford University predicts the Ethiopian government’s Kuraz Sugar Project alone will cause Lake Turkana, the world’s largest desert lake, to drop by up to 22 meters. Much of the lake’s aquatic life will be destroyed, including fish stocks vital to the Turkana and other peoples living by the lake.

Bodi, Kwegu and Mursi tribespeople are now being forcibly evicted for the Kuraz project and moved into resettlement areas. Once here, they are told they must sell most of their herds and can only keep a few head of cattle. The Bodi have been told they will only get food aid when they have moved. 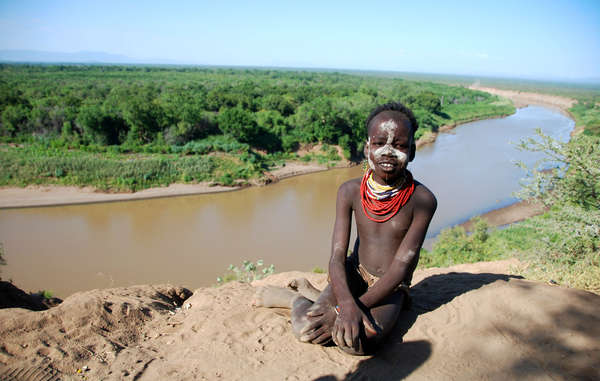 The Gibe III dam will stop the Omo River’s natural flood, on which the tribes depend.

– Humanitarian Catastrophe and Regional Armed Conflict Brewing in the Transborder Region of Ethiopia, Kenya and South Sudan published by the Africa Resources Working Group concludes that 200,000 tribal people in Ethiopia and 300,000 in Kenya will suffer irreversible impacts from the dam and plantations.

It warns that because the dam will cause the elimination of the Omo River’s natural flood, the river’s flow will be reduced by 60-70%, and the livelihoods of the tribes who live along its banks and in its plains will be devastated. It predicts ‘major inter-ethnic conflict’.

– The Downstream Impacts of Ethiopia’s Gibe III Dam – East Africa’s Aral Sea in the Making? published by International Rivers  warns that the hydrological changes from the dam and associated irrigation for the plantations, which will use fertilizers, may lead to dead zones in the Omo River.

It says that the ‘destruction of livelihoods in the Lower Omo and the coercion necessary to appropriate their lands for plantation agriculture will severely disrupt the lives of an estimated 200,000-300,000  [tribal] people’. It calls for funding for the dam to be halted. next

DFID and USAID, the UK and US governments’ aid departments, are the largest single donors to Ethiopia. Both have received numerous reports of human rights abuses in the Lower Omo. 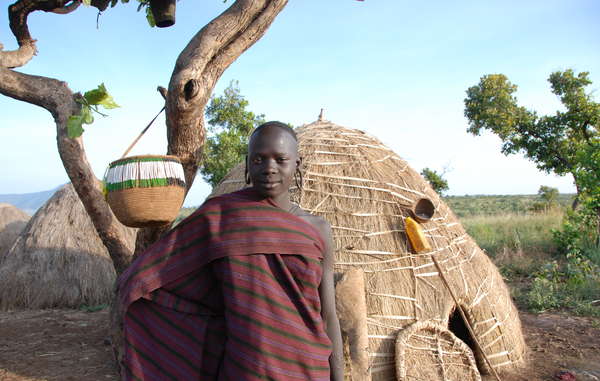 When DFID officials visited Mursi and Bodi villages last year they were told about arrests, beatings, the destruction of grain stores, intimidation and rape.

Prompted by Survival International and others, DFID sent officials to the Lower Omo to interview Mursi and Bodi villagers in January 2012. The officials were told about: arrests and beatings; the deliberate destruction of grain stores; of denied access to the Omo River; and of the widespread use of the military to intimidate people into giving up their land. There were also numerous accounts of rape.

DFID took nine months to prepare a ‘report’ of this visit, which concluded that a more detailed investigation would be required to ‘substantiate’ the allegations – since when it has done nothing.

DFID continues to fund Ethiopia’s ‘Protection of Basic Services’ program, without which the forced resettlement of thousands of tribal people probably could not be carried out.

Stephen Corry, Director of Survival International, said today, ‘UK money is bankrolling the destruction of some of the best-known pastoralist peoples in Africa. Taxpayers should be outraged, but they probably won’t be surprised. The UK government is renowned for only paying lip service to human rights obligations where tribal peoples are concerned. When it comes to human rights in Ethiopia, DFID’s many commitments are worthless – the department consistently ignores both its own policies and the laudable conventions it has signed up to.’

– Lake Turkana and the Lower Omo – Hydrological Impacts of Major Dam and Irrigation Projects by Dr Sean Avery published by the Africa Studies Centre at the University of Oxford
– Humanitarian Catastrophe and Regional Armed Conflict Brewing in the Transborder Region of Ethiopia, Kenya and South Sudan by Dr Claudia J Carr of the University of California at Berkeley published by the Africa Resources Working Group
– The Downstream Impacts of Ethiopia’s Gibe III Dam – East Africa’s Aral Sea in the Making? published by International Rivers