April 2, 2013
Share
Facebook
Twitter
Pinterest
WhatsApp
Linkedin
Telegram
Viber
“There seems to be no limit to the Ethiopian government’s use of its anti-terrorism law and unfair trials to stop peaceful dissent. The government’s treatment of these Muslim leaders bears the hallmarks of a politically motivated prosecution.” Leslie Lefkow, deputy Africa director 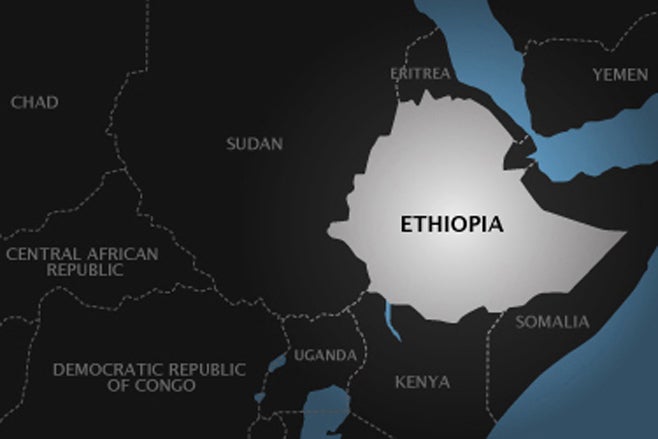 April 2,2003HRW (Nairobi) – The prosecution of 29 Muslim protest leaders and others charged under Ethiopia’s deeply flawed anti-terrorism law raises serious fair trial concerns. The trial is scheduled to resume in Addis Ababa on April 2, 2013, after a 40-day postponement.

The case has already had major due process problems. Some defendants have alleged ill-treatment in pre-trial detention. The government has provided defendants limited access to legal counsel and has taken actions that undermined their presumption of innocence. Since January 22 the High Court has closed the hearings to the public, including the media, diplomats, and family members of defendants.

“There seems to be no limit to the Ethiopian government’s use of its anti-terrorism law and unfair trials to stop peaceful dissent,” said Leslie Lefkow, deputy Africa director. “The government’s treatment of these Muslim leaders bears the hallmarks of a politically motivated prosecution.”

The defendants include Muslim leaders and activists arrested and detained in July 2012 following six months of public protests in Addis Ababa and other towns by members of Ethiopia’s Muslim community over alleged government interference in religious affairs. Others on trial include Yusuf Getachew, former managing editor of the now defunct Islamic magazine Yemuslimoch Guday, and two Muslim nongovernmental organizations, allegedly managed by three of the defendants. Solomon Kebede was arrested and is being held under the anti-terrorism law.

According to official figures, Muslims make up approximately 30 percent of Ethiopia’s population. The protest movement began after the government insisted that the Supreme Council of Islamic Affairs accept members from an Islamic sect known as al Ahbash and tried to impose its teachings on the Muslim community. The government also sought to influence the operations of the Awalia mosque in Addis Ababa. next page