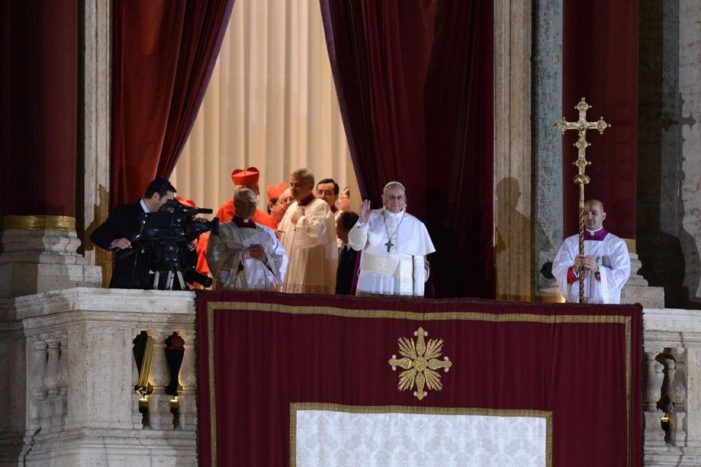 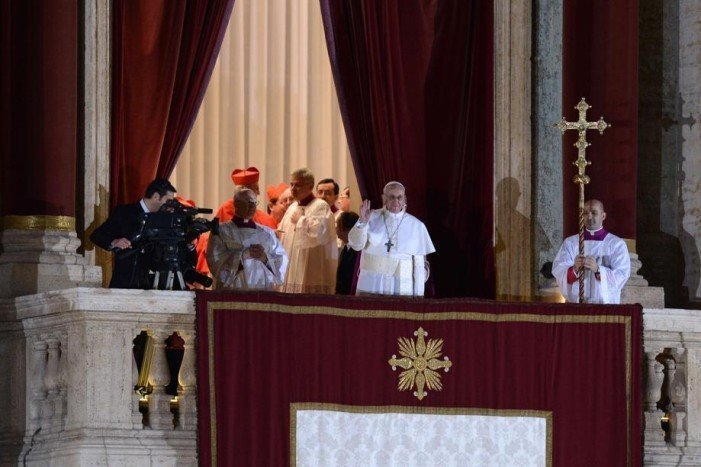 The new Pope, the 76-year old Argentinean Jesuit, Jorge Mario Bergoglio, was Ratzinger’s main contender in the last Conclave. He is unusual in that he has always rejected posts in the Roman Curia and only visited the Vatican when it was absolutely necessary. One thing he hates to see in the clergy is “spiritual wordliness”: ecclesiastical careerism disguised as clerical refinement.

The new Pope was born in Buenos Aires and later became its archbishop, on 17 December 1936. He was born to a Piedmontese family, graduated as a technical chemist and then entered the novitiate of the Company of Jesus. He completed studies in the humanities in Chile and obtained a degree in Philosophy and Theology in Argentina. He was Professor and Rector of the Philosophical and Theological Faculty of San Miguel and vicar of the Patriarch of  San José, in the Diocese of San Miguel.

In 1986 he completed a PhD in Germany, after which he returned to Argentina, where his superiors made him spiritual director and confessor in the Jesuit Church of Cordoba. In 1992 John Paul II appointed him Auxiliary Bishop of Buenos Aires, in 1997 he became coadjutor bishop and a year later he succeeded Cardinal Antonio Quarracino for six years, until 2011, when he became President of the Bishops’ Conference of Argentina.

He doesn’t have a chauffeur and preferred to use the metro to get around Buenos Aires. In Rome he prefers to get around on foot or use public transport. Those who know him well see him as a true man of God: the first thing he always asks people to do is pray for him.
In the pre-Conclave General Congregations, the new Pope spoke of Christianity as merciful and joyful. His favourite priests are those who work in the “villas miserias”, the slums of the Argentinean capital. Instead of driving people away with rigid doctrinal preachings, he tries to look at all possible solutions in an attempt to embrace those who are the furthest from the Christian community. The Church, he insists, must show the merciful side of God.