AU-brokered agreement, to be implemented within two weeks, comes a year after South shut down oil trade with North. 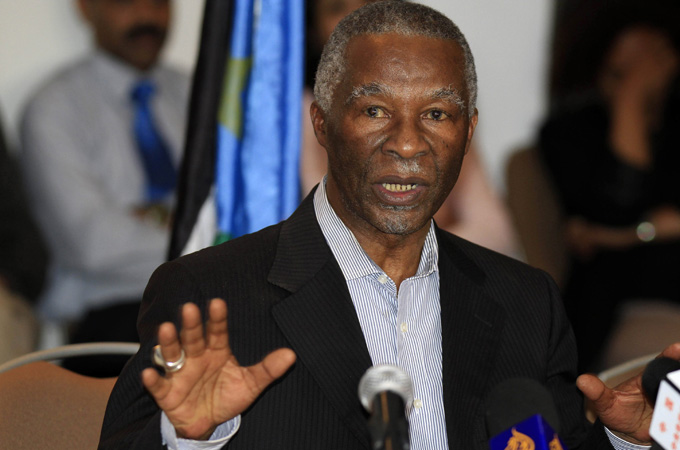 (Aljazeera) Sudan and South Sudan have agreed to resume the flow of southern oil exports through pipelines in Sudan within two weeks, more than a year after Juba shut down its entire output.

An African Union mediator announced the deal on Tuesday, which resumes trade between the two countries after South Sudan shut down its 350,000 barrel-per-day output in January last year in a dispute with Khartoum over fees.

The armies of the two countries have also agreed to withdraw troops from contested border areas, in the latest attempt to set up a buffer zone after fighting last year.

Thabo Mbeki, the former president of South Africa who is mediating between the two sides, said the companies had been ordered to resume oil pumping by March 10 but have an extra period of two weeks in which to implement the order.

Both countries depended heavily on oil for revenue and use foreign currency to import food and fuel, but disputes over the border and other issues prevented South Sudan’s oil from reaching border crossingpoints for export.

The rival countries also agreed at the talks in the Ethiopian capital on Friday to order the withdrawal of their troops from contested borders within a week to ease tensions and open the way to resuming the oil exports.

Troops must “start moving to the designated areas, 10km away from the buffer zone,” Aguer said, reading a letter with orders from the army chief of staff.

In Sudan, a statement on Monday from Abdelrahim Mohammed Hussein, defence minister, said his forces were committed to the timetable signed under African Union mediation last Friday in Addis Ababa, Ethiopia.
The two countries agreed in September last year to set up a buffer zone, after going through the worst border clashes in April since their split. The pacts also called for a resumption of South Sudanese oil exports through northern
pipelines.

None of those measures took effect because of Khartoum’s accusations that South Sudan supports rebels north of the border, particularly in South Kordofan and Blue Nile states.

Juba denies the charge and in turn says Khartoum backs fighters on its soil.