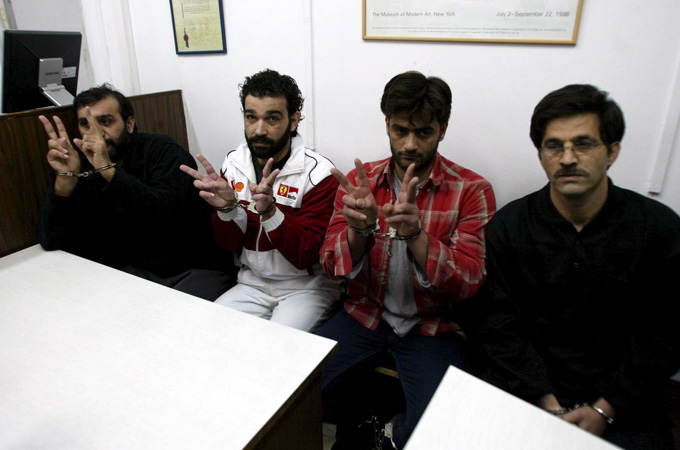 (Aljazeera) Israel has strongly criticised a French town after it granted honourary citizenship to a Palestinian convicted in the killing of an Israeli government minister.

The Paris suburb of Bezons last month honoured Majdi al-Rimawi, who was sentenced to life in prison in Israel for his role in the 2001 murder of tourism minister Rehavam Zeevi.

Zeevi, who had founded the right-wing nationalist Moledet party, had advocated the ouster of all Palestinians from the West Bank and Gaza Strip.

The Bezons monthly newsletter cites leftist Mayor Dominique Lesparre as saying honouring Rimawi was a “strong political act” related to the “colonisation of the Palestinian people.”

The monthly newsletter stated it was a unanimous decision taken by the Bezons local council to honour Rimawi, whose crime was “defending his town and its inhabitants, calling for the application of international law for the establishment of Palestine to the 1967 borders as recognised by the United Nations, and Jerusalem as its capital.”

It does not mention the killing.

Al-Rimawi, with three other Palestinians, were convicted of Zeevi’s assassination. The four are members of the Popular Front for the Liberation of Palestine, which claimed the assassination was in revenge for the assassination of Abu Ali Mustafa, the PFLP secretary general, by the Israelis earlier in the same year.

On Lesperre’s personal blog, it stated al-Rimawi was “imprisoned for the last 10 years for having participated, with his people, in the struggles of resistance against the occupation of his country and his fight for freedom.”

Al-Rimawi’s wife, Fathiya, was presented with the plaque honouring her husband at the ceremony which took place in February 2013.

Bezons and Rimawi’s hometown have been sister cities since 2008.