Crackdown on civil society in Sudan emboldens hardliners and detractors

Sudan does not need more civil war – the pathway to peace is “open dialogue, democracy and respect for human rights”. 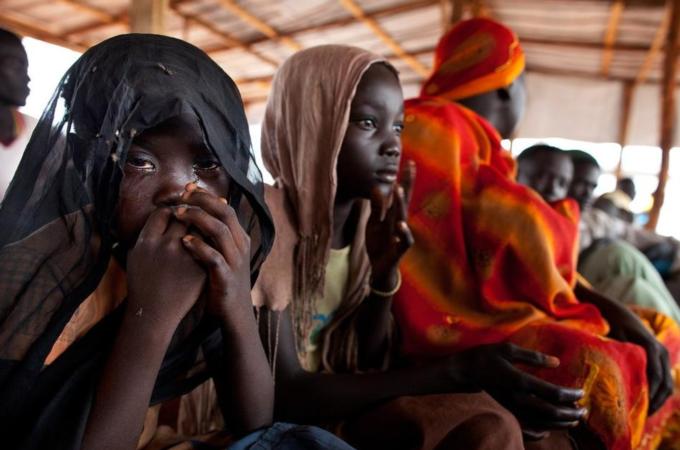 In my many travels to Khartoum, Sudan, over the years, I have been inspired by the resilience, courage and vision of civil society leaders and activists. I am impressed by the commitment of these non-partisan Sudanese citizens to advancing the interests of their country through open public consultations on creative proposals to resolve long-standing national problems. These leaders have, on occasion, organised peaceful protests against government policies they consider harmful to the nation’s interests and abusive of the rights of Sudanese citizens.

Unfortunately, these efforts have often met with intimidation and arrests from the state. In reality, the actions undertaken by civil society organisations and activists help strengthen the culture, politics and economy of this dynamic country, and create hope for a better future. Their efforts should be seen as a means to a more peaceful and prosperous Sudan.

I am concerned that the government has recently been increasingly engaged in a “crackdown” on civil society organisations and leaders. Indeed, the civic space for individual citizens to freely express their views and to organise events with like-minded fellow citizens has drastically narrowed over the past few months as the government of Sudan has responded to civil society criticism by attempting to silence these Sudanese voices rather than giving them the respectful consideration they deserve as citizens whom the government is meant to serve.

For example, in December 2012, the government of Sudan arbitrarily shut down four civil society organisations operating in Khartoum and blocked activists from demonstrating against these closures outside the National Human Rights Commission a few days later. State agents arrested three of the demonstrators and beat a journalist covering the incident. Subsequent attempts to peacefully engage the government have resulted in further acts of aggression and intimidation by the security services.

In addition to the recent arrests and closures of NGOs, the government of Sudan has launched a campaign of censorship and reprisal against newspapers critical of the government. This crackdown on civil society, the media and opposition parties worsened last month after the signing of the so-called “New Dawn Charter” between the movements making up the Sudan Revolutionary Front and the non-violent opposition political parties gathered in the National Consensus Forces. The government of Sudan has further arrested six opposition politicians for signing the Charter; five of them remain in arbitrary detention without charge. 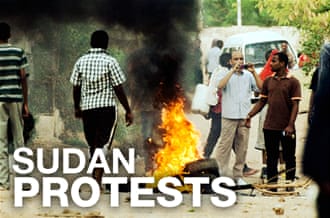 The UN’s Independent Expert recently expressed his regret over the government of Sudan’s failure to respect the fundamental freedoms of its people and, like him, we urge the government to create an environment for free and open political discussion. The government of Sudan’s deliberate constriction of the space for free political expression does not serve its interests or those of the Sudanese people. Instead, the government’s repression of peaceful dissent only serves to bolster the arguments of those who claim that petitioning the government is pointless, and therefore armed confrontation is the only viable means of achieving political objectives.

Critical issues of governance, participation and human rights are the subject of opposition concerns and indeed of many Sudanese. These issues are at the heart of the conflicts in Darfur, Southern Kordofan, and Blue Nile and the widespread discontent and unrest in the rest of the country. The government of Sudan could greatly reduce the influence of those advocating  violent change by opening genuine negotiations with the  opposition parties, including the armed movements who themselves call for political dialogue, to address grievances that have long fuelled conflict.

As friends of the Sudanese people, having provided a great deal of humanitarian relief to Sudanese suffering from the disastrous conflicts in Sudan, we again urge commitment to a fair and transparent constitutional process that will include all Sudanese voices and opinions. We also urge Sudan and the armed movements to engage in a negotiated peace process and a return to civil political discourse. Sudan does not need more civil war; the pathway to peace is open dialogue, democracy and a profound respect for human rights.

As my tenure as Special Envoy to Sudan and South Sudan draws to a close, I regret deeply  that peace has not yet been the reward for the people of Sudan who have searched for it so long. It is achievable, however, not by suppression of dissent, but by embracing an open and fruitful dialogue that leads to democracy and inclusiveness for all Sudanese.

Ambassador Princeton N Lyman is United States Special Envoy to South Sudan and Sudan. He previously worked as an adjunct senior fellow for Africa policy studies at the Council on Foreign Relations (CFR). He is also an adjunct professor at Georgetown University. From 1999 to 2003, he was executive director of the Global Interdependence Initiative at the Aspen Institute.

The views expressed in this article are the author’s own and do not necessarily reflect Al Jazeera’s editorial policy.