Tell it like it is: Chauvinism, in its worst form, is the real danger

The late Meles Zenawi made, it seems, more appearance in international print and electronic media and became a preferred topic for think thanks and researchers alike after his demise than he did in his 21 years of rule. Substances in discussions range from retrospective analysis of his personality to his contribution, from his “influential” presence in international politics to impending instability, which, for some, is inevitable. 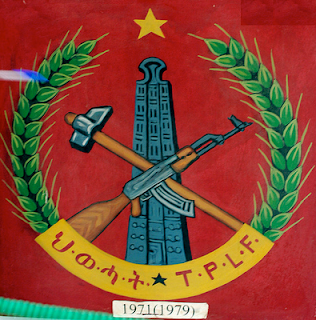 Emerging accounts in most cases nearly tally, except differences in wording and presentations, with the official government account which paints Meles simply as exceptionally mystic (political and social) in the entire history of the country – even in the continent. Most that we read are rosy portrayals: “selfless”, “insightful leadership” and “influential in the world stage.” I have no doubt in my mind that most of the leadership of his circle of ex-guerrilla friends do not mean it.
The motive of mystification, so to speak, has a lot to do with crafting political legitimacy to help maintain their uneasy hold on power. Meles Zenawi is now like an ideology unto himself: he is like the “Chairman Mao” of Ethiopia. I get it, I hope any one would, why his friends in the leadership position are in the business of reformation and transformation of the image of the late Zenawi. What I don’t get is the sort of confirmation from international actors and politicians in the international stage. Among others, Susan Rice is exceptionally annoying in that. Some organizations seem to send similar message, subtly.

Recent analysis,actually they call it briefings, (here after the paper), from a UK based “non-governmental organization” that “aim to provide high level analysis of rapidly emerging and unexpected global events and their impact on global development policy and practice” is subtly rosy: “…without the steadying hand of a practised and seasoned global player, Ethiopia’s presence and capacity for global influence may well have diminished.” My question is: “how do we measure influence?” Could the size of financial aid from “The International Community” be an indicator as to how influential a leader is in the world stage? If so, how is Zenawi different from Nouri Almaliki of Iraq and/or Hamid Karazi of Afghanistan, or from the former Egyptian president Hosni Mubarek? The more international organizations are trying to transform an image of Meles Zenawi ( an image that never existed), the more clues they give about their real nature and where they stand on issues like justice, democracy and corruption, among other things. What would emerging young critical voices in Ethiopia, who are a living witnesses of the atrocities authorized by Zenawi, think about these organizations?

That is not just it. The paper discussed findings or observations rather in the areas of “politics of transition”, “geopolitics” and the economy as it relates to “development” of Ethiopia. Besides numerous inaccuracies of descriptions and statements throughout the paper, it ignores matters which would otherwise have been essential for the discussion in the creation of stability and democratic ambiance in the post Meles Ethiopia. I’ll not do justice if I try to address them all. I’ll just focus on selected issues which I think are even more crucially important.

First of all, it seems that an implied assumption is made that political instability is not a thing of Meles Zenawi’s administration. If that is the case, the truth is entirely different. May be how we view political stability/instability played into the making of the assumption. Whatever the case is, it is not disputable that Meles Zenawi presided over one of the most brutal regimes in Africa. And to transform Meles’ image in total disregard to his brutal aspect which caused agonies to thousands and thousands of people amounts to condoning injustice and human rights violation.

Among other evidences, records in the hands of reputable international human rights organizations like the Human Rights Watch and Amnesty International vindicate repeated mass killings in the capital, south central, south eastern and south western parts of the country among others. Civil society is virtually non-existent. The attack on free press was and is exceptionally brutal to the extent that vocal critics of the political system could simply be implicated in trumped up charges of “terrorism” and the best journalists in the country are thrown to prison. The justice system is simply serving a distinct form of totalitarian regime –one that espoused ethnic chauvinism as an ideology. Opposition leaders are thrown to jail with manufactured false allegations. Opposition parties are pushed to the point of irrelevance not just because of organizational weakness and lack of vision, as indicated in the paper, but because “legal”, political, security and economic muscle of the government is being flexed regularly to make the idea of peaceful and democratic political opposition nearly impossible and creation of a single party state, like China, possible. When institutions are non-functional and repression is considered as a norm and political virtue, they do not tell stories of political stability. It is more like political instability. Regular invitation and attendance at the G-20 and other international gatherings should not blind analysts from seeing the fact that political instability was part and parcel of 21 years of Meles rule, and in fact he engineered it.

In regards to political transition, while the paper captured, rightly, the insignificance of “political transition”, and uselessness of assumption of the premiership position by Hailemariam Dessalegne, it tends to employ a reductionist approach on the explanations of it. And what that does is that it camouflages the real sources of political instability. The paper simply tries to explain the obvious that TPLF (Tigray People’s Liberation Front) is more powerful –militarily, economically and in terms of controlling security apparatus – than other members of the ruling coalition. Had the problem been that simple, not that it really is simple from the point of view of democratization process but relatively speaking, anticipated challenges would have been less worrisome. They need to tell it like it is: The problem is manifested aspiration to chauvinism and ethnic supremacy and that is the true ideology of TPLF. Yes, this is one the most ridiculed subjects in Ethiopian comedy but needs to be a point of political discussion, not just a matter to laugh at. Not just it represents a malaise for the democratization process (by the way there is no aspiration for democratization on the part of the government. The trend is Sinification ), it may bring about total chaos as well.

Look at the political transition itself. It generated tension within the ruling coalition not because, apparently, other members of the coalition have qualms, political doubt or bitter feelings about the nominated premier but because of the ideology of TPLF. Leaked information suggests that there was acrimonious conflict within TPLF over the idea of prime minister from other members of the coalition. There was meetings after meetings before confirming Hailemariam Desalege to the position of premiership. With all its legal ambiguities, chapter 8 article 75, No. 1. section “B” of the constitution stipulates that the Deputy Premier “Act on behalf of the Prime Minister in his absence.” Hailemariam Desalege was the Deputy Primer when Meles passed away, and of course death is an irreversible absence. It took months after the death of Meles for Hailemariam Desalege to be confirmed as Prime Minister. The hurdle standing on the way of Hailemariam Dessalege was mainly TPLF’s ethnic chauvinism ideology. In the swearing ceremony, the incoming prime minister vowed religiously, allegiance and unquestionable commitment to the visions of Meles Zenawi. Even more laughable, after taking over the position, he was not living in state house and had to live in a government owned apartment and drive (well someone did it for him) to work only because the Widow refused vacate state house. What is the vision of Meles Zenawi after all? Anything that is not in line with the interest of TPLF supremacy agenda cannot be a vision.

The real political issue which is either ignored or overlooked but that which beefs up the likelihood of political instability is aspiration to chauvinism and ethnic supremacy of the “mightiest” political entity in the coalition which in fact seems to have tendency to take form of extremism at some point in the future if legitimate questions of proportional power allocation and putting legal limits to its power are pursued passionately.

Albeit not known or ignored by the donor community, “international community” and key state actors in the international forum, ethnic chauvinism was significant component, both as a means and an end, in Meles Zenawi’s power politics in the country. Ample evidence could be drawn from the policy agenda of TPLF and the power structure in the military and security apparatus. In a recent interview with a radio station owned by TPLF, Meles’ widow, Azeb Mesfin, unveiled that Zenawi had already designed a plan to exceptionally industrialize his ethnic base region (Tigray) which is already exceptionally industrialized, in the Ethiopian context. And his ethnic party has everything it takes to materialise the plan.

Apart from tight ethnic based control over military and security apparatus, the wealthiest and the not so wealthiest economic structures owned by TPLF are pursued as means to maintain dominance. TPLF runs the biggest business empire, perhaps in the entire continent. There are many reasons as to why people in Ethiopia shrug off to the alleged story of economic growth -the least of which is not exclusion from the benefit of economic growth. Most of the beneficiaries of the growth are TPLF party members, its former guerrilla fighters and their families but we do not see that in the growth data. What makes this political and military dominance born affluence in Ethiopia different from that of Chinese leadership is the fact that the one that exists in Ethiopia is essentially a making of ethnic chauvinism ideology and a means to maintain ethnic supremacy. And this is what makes it dangerous and this is what is missing from discussions.

Geopolitical analysis is problematic too, to say the least. Among other things, it foresees that “Mohammed Morsi will adopt a more Islamist approach; aligning interests in Sudan, Somalia and Egypt with Muslim communities in Ethiopia.There are many in the Ethiopian establishment who fear a Muslim Brotherhood-led Egypt is capable of exploiting simmering tensions between Ethiopia’s government and its large Muslim population (officially about 30 per cent of the population).” Whether Mursi has such a plan or not is not something I can tell. What I can tell is that “many” do not fear “Mursi agenda.” Ethiopian Muslims are simply in the business of pursuing their constitutional rights to loud their voice in opposition to government interference in their religious affairs which in fact has support from non-Muslim Ethiopians. There is no reasonable ground to believe that Ethiopian Muslim would exchange their fellow non- Muslim Ethiopians to the “Islamic approach” of Mursi in the region, if there is one. The Christian-Muslim relation in Ethiopia is exceptionally unique and is based on recognition and respect. I do not dare to say no extremist element could be found among Ethiopian Muslims. But I can tell that if they exist they could not influence the majority.

Let us get it again,the real danger, if not arrested in time, that would trigger perhaps an irreversible political instability is TPLF’s aspiration and pursuit of ethnic chauvinism and ethnic supremacy agenda, and its determination to maintain political supremacy at the expense of coalition members or drag the country into political instability of exceptional magnitude.
___
Join the conversation. Like borkena on Facebook and get Ethiopian News updates regularly. As well, you may get Ethiopia News by following us on twitter @zborkena

2 Responses to "Tell it like it is: Chauvinism, in its worst form, is the real danger"